I remember feeling shocked during a recent presentation by Mark Koziel, CPA, CGMA, AICPA’s Vice President of Firm Services & Global Alliances. This feeling occurred shortly after I heard that only 18% of accounting graduates that go directly into business and industry take the CPA exam. The trend of a smaller percentage of accounting graduates sitting for the CPA exam is affecting the whole profession, though the growth rate of that gap appears to have slowed.

My younger brother – nine years younger – was just licensed as a CPA this past September. He works in business and industry, and thus is part of the minority of accounting graduates that went to work for a company and chose to sit for the exam. He works in a great environment with an employer that fully supported his pursuit of his CPA license. This support has yielded great results as two of my brother’s colleagues have also been licensed within the past calendar year. This is impressive for a private company with an accounting staff of less than 20 individuals. Some of the things the company did well were to give some “time off” to study and to pay for the study materials. They also celebrated every new licensee. These are things that a public accounting firm might do. How do we convince all employers the value of the CPA license?

A CEO of a privately held company that I know recently commented on how the CPA license would not help someone in his company. But when you stop to think about the sections covered in the testing, all of the sections are relevant. This company prepares GAAP financial statements, which are audited. Obviously, a thorough comprehension of GAAP is critical to preparing the financial statements. Understanding what the auditors need is helpful in the process and may save time and money in the audit. Tax and regulatory issues exist for the various entities associated with this company, and tax ramifications are frequently considered in the decision-making process. All of the subjects covered in BEC are needed to understand the language of business and various financial management or information technology issues that are faced. In addition, the discipline to pass the exam makes an employee stand out.

How do we portray the value of the CPA license for business and industry? How do we convince the upcoming youth that becoming a CPA is much more than securing a job – it helps open numerous doors for your career?

The December CPA Swearing-In Ceremony was awesome. As a relative, I was able to present my brother with his CPA certificate at the ceremony. I love how they integrate family into the celebration. As a guest, I had a front-row seat to the excited grandparents, parents, spouses, and children who cheered and snapped pictures of their loved one as they left the stage beaming with pride. It is so encouraging to see the ethnic and gender diversity entering the profession. Our profession’s future is bright.

Do you have the ability to influence your company to give staff “time off” to study? Do you pay for your CPA candidate’s study materials? How would you celebrate when an employee becomes licensed in your company? If I am looking at two people as a potential hire with similar work experience but one of them is licensed as a CPA, that decision is a no-brainer. I know so many doors have been opened for me because of my CPA license. I hope we can continue to demonstrate that becoming a CPA is critical to becoming your employer’s most trusted business advisor. 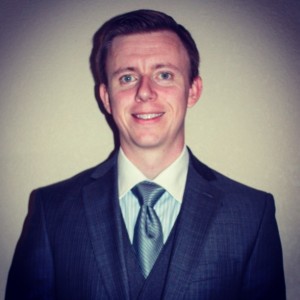 Ryan Bartholomee, CPA, CGMA, 32 years old, is the CFO of Shenandoah Petroleum Corporation – a privately held oil and gas exploration and production company based in Midland. Ryan’s work experience also includes several years of auditing. He serves as the Treasurer for a non-profit church-planting organization. Ryan currently serves on TSCPA’s Executive Board, has served as President of the Permian Basin Chapter of TSCPA, and serves on various chapter-level and state-level committees and task forces.

Ryan and his wife, Lisa, are expecting their third daughter in February 2016.