Benjamin Franklin once wrote, “Nothing is certain except death and taxes.” The tax law passed in December 2017, the Tax Cuts and Jobs Act, may just be the law that proves that reference to taxes. Though there were a number of thought-to-be positive parts of the new law, some of the changes may, indeed, actually increase one’s tax bill without proper planning.

Two areas should be of concern to many. The first is the elimination of the personal exemption, formerly $4,050 per person. The standard deduction for individual income tax filers was raised substantially, from $12,700 to $24,000 for married couples filing jointly and for surviving spouses, from $6,350 to $12,000 for single filers and for married filing separately, and from $9,350 to $18,000 for heads of household. A family of four, therefore, would be losing personal exemption deductions of $16,200 while picking up only $11,300 more in the standard deduction (not considering possible extra tax reductions for the child tax credit).

This change could result in an increase in income tax liability. Earlier this year, employers were given lower income tax withholding tables without considering this issue, meaning some employees are paying in less now, but could be owing more than they did in a prior year. All employees should certainly analyze their situation to be sure they aren’t caught by surprise when their tax return is filed.

A second area of concern and an even bigger change with respect to the standard deduction may catch upper income tax filers by surprise. Those taxpayers who normally itemize deductions may no longer have enough to itemize, considering the higher standard deductions above. Without planning, that would mean that one’s home mortgage interest expense, sales and property tax deductions, as well as charitable contributions may no longer specifically provide income tax relief.

Income tax advisors should be consulted about all strategies that might helpfully affect one’s income tax liability, but there are three potential strategies for making the most of potential income tax deductions.

For instance, rather than paying property taxes and charitable donations in December annually, push the current year’s expenses into January of the next year and then pay the next year’s expenses in December of that next year, which results in a doubling up of deductible itemized deductions. (One important caution here: the new law limits one year’s deductions for sales, income and property taxes to $10,000.)

By using the QCD, the taxable income is avoided. With that avoidance comes reduced income and income tax, and the reduction could reduce future Medicare premiums, which are based on a taxpayer’s prior year’s income. Reducing reportable income could also result in increased deductions (which must exceed a percentage of reportable income) and tax savings from reducing the amount of Social Security income subject to tax.

Not every charitable organization is qualified to receive a QCD from an IRA or a donation from a donor-advised fund in a tax-advantaged way. For instance, organizations such as supporting foundations may not be able accept these types of donations, and taxpayers and their IRA administrators should be wary of this small wrinkle. Also, year-end paperwork from the IRA administrator may not clearly indicate the nature of the IRA distribution, so taxpayers need to be cautious about clearly explaining IRA charitable distributions to their tax preparers.

The bottom line “takeaway” from the issue of higher standard deductions is that taxpayers should review their 2018 tax situation well before year end and consult their tax advisors for the best tax minimization strategy. Though fees paid to personal tax advisors are no longer deductible, the potential tax savings from a careful review of the new law’s impact on one’s personal situation could be well worth the  advisor’s time and fee.

We may not be able to avoid death, but there is still a way to avoid, or at least legally minimize, personal income taxes. 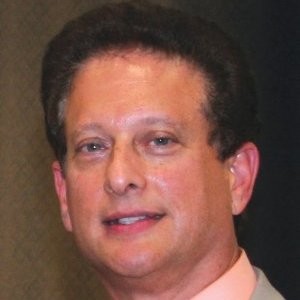 Harry Harelik is a graduate of the University of Texas at Austin, where he earned his BBA in accounting in 1971 and his MPA in taxation in 1972. He earned his CPA designation in 1974. In addition to previously being a 30 year local self-employed CPA, he began work as the Executive Director of the McLennan Community College Foundation in 2001. He earned his CFRE (certified fund raising executive) certification in 2006 and was designated as a chartered global management accountant (CGMA) in 2014. He served as executive director of the McLennan Community College Foundation for almost 16 years until his retirement in 2017.

Harry has continued his work in the nonprofit community as a consultant to nonprofit organizations in fundraising and governance  and is teaching courses at Baylor University as part of their Continuing Education nonprofit management offerings and, as well, is an adjunct accounting faculty member at McLennan Community College. He also continues to consult in the community on income tax and financial planning issues. He has spoken on various nonprofit topics at the Nonprofit Network and is a frequent contributing columnist for the Waco Tribune Herald. Harry is a member and past president of The Central Texas Chapter of CPAs, and is a member of the Texas Society of CPAs, the American Institute of CPAs and the Heart of Texas Estate Planning Council. He is president of the Waco Symphony Association; a life member of the board of Keep Waco Beautiful; and a patron of the Waco Civic Theatre, the Waco Community Band, the MCC Visual and Performing Arts and the Baylor Theatre, with a strong interest in the cultural life of McLennan County and the city of Waco.